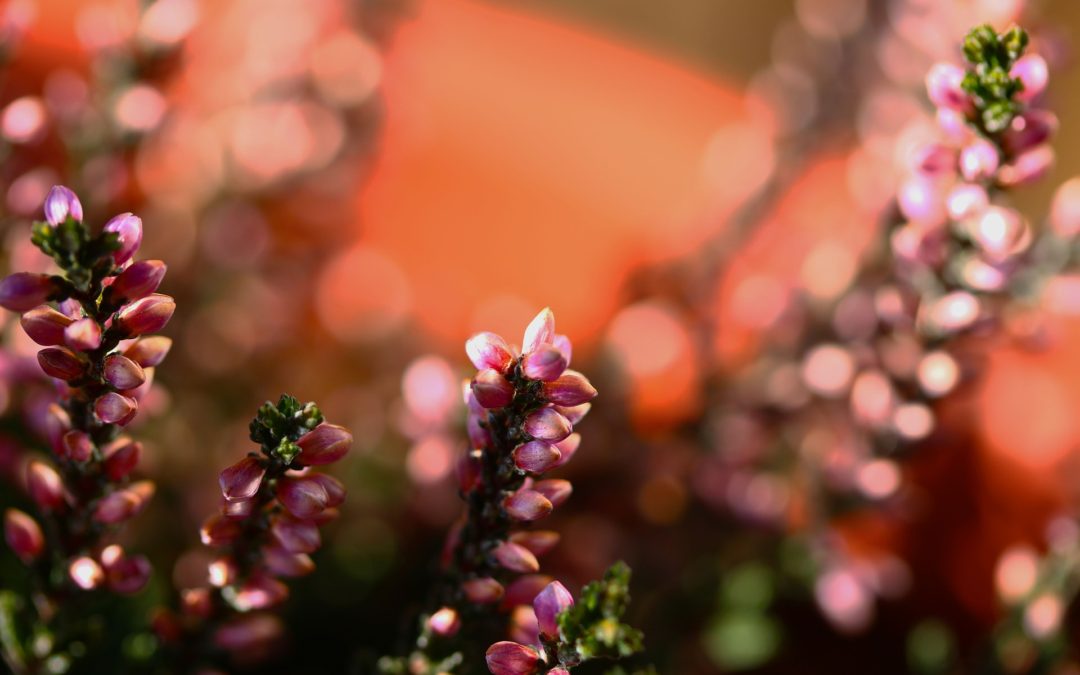 “You said you were going to do these dishes last night?”

“So, now they’re going to sit here all day getting crusty.  Did you think about that?”

“Yeah.  But I was so tired.  Stop nagging.  You’ll get them done after work, and then you can relax.”

“I’ll have to.  No-one else here to do them.  Just like everything around here.”

I swill out yesterday’s coffee grinds from the Bodum watching them swirl around dirty spoons, a wet tea bag, and a soggy hunk of lemon, turning the white dishcloth into a mess of marbled, gritty fabric at the bottom of the normally shiny sink.  It always infuriates me waking up to a dirty kitchen.  But there you go.  No one ever said living alone was easy.

“You could just pick up coffee on your way in, you know.”

“You could just get the kitchen cleaned up before bed.”

Let’s not return to this old argument.  It only ever ends in depression; the seeping influx of loneliness driven up by the ego through well honed muscles of independence.  Never let that bastard ego continue her course of morose, self-indulgent medication.  She’s the doctor of doom, that one.  Just get on with your day.

“See you later, Bubbies,” I whisper to the cats as I unlock the apartment door, lunch bag, coffee, purse, bag of garbage, and gym bag strategically secured about my person.  “Be good.  Don’t fight.  Have a lovely day.”

It’s cold again.  Minus 15, with no wind.  Crap! I’ve left my gloves siting on the dresser next to the door. I’m not clambering back up the three flights of stairs with all this stuff.

Feels like I’m running late again.  I’m never late.  But often, I’m not as early as I feel I really should be. Consequently I always think I’m going to be late.  Sometimes I try to be late.  It never works.  Some faulty sequencing inside my head prevents me from understanding how time works.

At least it’s Friday.  Going to spend the evening cleaning tonight.  Get the laundry done, scrub out the litter box, clean the bathroom.  That way, Saturday can be spent enjoyably reading in the morning in my pyjamas, eating blueberry pancakes for brunch, preening in the bathtub for an hour watching an episode or two of something mindless on my iPad.  My lovely, quiet, cozy apartment.

Going on a date tomorrow night.  Haven’t been on one of those for a while.  Not something I do often.  In all honesty, I don’t really understand how they work.  They’re like job interviews; to much bravado dressed as bullshit and always the complete abstraction from one’s identity in an attempt at the purely subjective; the irony of identity.  Ultimately, both dates and job interviews lead us to the greatest dichotomy of life: relationships with other people.  The self versus the other.  Anyway, I try to pollute myself with socially acceptable roles every so often. I suppose it’s a kind of experiment on my part; I need to understand the world around me because I write.  Or is it the other way around?

On any of the dates I’ve ever been on, I’ve always had an unkeen awareness that the man sitting across from me is somehow in competition with me, for me.  I don’t know if they ever realize this or not, but I’m beginning to think he must see something in my eyes, my body language, my overall demeanour that tells him he is never going to be able to meet the needs of a soul that lives already in partnership with its mate.

When I was younger, somewhere during that all-knowing first decade of adulthood, I started to hear and read about this idea of soul mates.  Being that I was unenjoyably single, having newly healed myself from the deep, fleshy cuts of first betrayal, this idea appealed to me magnificently.  So much did I swoon my poetic reason in the direction of this transcendently magical soul partnership, I began to carry on my life as though this mate of mine would come at me from around a windy bend in a paroxysm of aghast recognition.

Add to this stupidity, the fact that well-meaning friends and acquaintances, seemingly in accordance with each other, began expressing the certainty that there was someone for me, and he and I would meet organically somewhere at some point soon.

Not a word to be counted on.  Ever.

Little did I worry about the need to search for a soul mate, happy in the knowledge, misguided as it was, that I just needed to continue walking around corners.

Now, let’s be realistic.  That might actually happen.  To some people.  To people who are singular in their spirit, I’m guessing.  But it’s never happened to me.  Consequently, I began, about a decade ago, to regard my inner, mental workings, those comfortable conversations with myself, as highly significant to my survival as a single woman in this social world and its bombardment of relationship signalling.

The constant fear of failure with which we are all, every one of us, faced as we flail about our chaotic multidimensional emotions through our humble three dimensional existence.  It’s something perplexing to the soul; something I suspect very few of us take the time to recognize within ourselves.  The fear of living, and doing it alone.  Or is it the fear of dying while we are still alive.  If you are alone when you are alive, are you really living? No one should ever be afraid to ask that question.

I arrive at work, with plenty of time.  To do what?  To prepare myself mentally for the challenges of the work day, hoping that I’ll get everything right, will be valued for my ability to empower and enlighten my students, praying that another one doesn’t ask me whether I’m married or how many children I have.  Or am I secretly wanting them to ask?  There’s a gradual pleasure in the answering over time.

Always, there is the need in human beings to rationalize life; we need a purpose for the consequential situation within which we find ourselves.  However, I gave up telling people I chose education and dedication to work over family and children.  There are a multitude of educated, dedicated women who also have good marriages and happy children.  So, it seemed I could no longer use that reason.  Or was it an excuse?  I just started telling people that it never happened.  I just never met the right person.

I worked hard to become comfortable with the fact that not meeting the right person wasn’t a negative reflection of my self.  Though this is a daily struggle being that I live in a culture, nay, a world society, progenitorial in its progressive pulse.  Where would we be if we all stopped having children?  Where, in deed, would we be if human beings at least stopped having as many children?  With such a thrusting forward of ourselves into the future, the expectation to mate is high enough to force any person, who fails to partner themselves, to the depths of self-depreciation.

After a relatively successful day of teaching, I am mentally exhausted but force myself to run the errands that need running because it’s the best way to prevent an argument when I get home.

“Did you pick up the cat litter and get the groceries done?”

“Good girl. Keep up the good work, and now let’s get the vacuuming done.”

“Oh, can’t that wait until tomorrow?  Do I have to do all the chores in one day?”

“Well, you have a choice.  Get some writing done or get the vacuum moving.”

My apartment is clean and organized.

For a long time I thought I lived alone, and often found myself thinking that I ought perhaps to reflect melancholic on the situation.  And so I did.  Quite a lot.  But during that time, I learned a lot by listening more and more to myself, and less and less to the outside voices that were so afraid of being alone.  Now, dialogue has become far more interesting if not quite loud inside my quiet apartment.  Conversations abound so much so that much of the time there is a documentary or crime detective series running on one of my devices just to give the inner-locution a bit of a rest.

Brushing my teeth, iPad delicately balance on the vanity edge, a short conversation breaks through the natter of documentary narration.

I feel I have heard this voice before, distant and unbelievable.  Why I never thought to listen to it before is testament to the will of social deniability.  To love yourself, truly, as your own soul mate, cannot be beneficial to the species.  There must be procreation, and for that you must find your mate within another body.  It’s this argument that has prevented the acceptance of homosexuality; is it just coincidence that homosexuality is gradually gaining social normality just as human population nears 8 billion?

“Don’t worry about that date you’re going on tomorrow.”

“Who you gonna listen to?”

“Who are you calling loony?”

“Well, you are a bit of one.  You know he’s not your soul mate, so why would you want to start a relationship with him?”

“Because, despite all you’ve taught me, I still want to see what I can learn from others.”

“Fair enough.  Just don’t come crying to me when it doesn’t work out again.”

“But just suppose it does work out. What then?”

“Will that make you happier?”

“Yes.  Then both of us can talk to him and see if he likes us both.  That way he might feel less like he’s in competition and more like he’s getting two for the price of one.”

“Why didn’t you ever mention this idea before?”

“Because I didn’t know I existed.”

I fall into bed, exhausted from a day of teaching, working out, doing chores, and talking to myself.  The history of Tudor England runs quietly on the bed table, and I cuddle up into the blankets, me and my soul mate, softly discussing the possibility that Elizabeth I was onto a good thing.